Technology incorporated in these trains is derived from the experimental Fastech 360S train tested by JR East. The initial maximum speed in service was 300 km/h (186 mph), but this was raised to 320 km/h (199 mph) between Utsunomiya and Morioka from the start of the revised timetable on 16 March 2013. The trains feature an electric active suspension.

Hayabusa, since March 2011
Hayate, since November 2011
Yamabiko, since November 2011
Nasuno, since March 2012
E5 series trainsets were first introduced on the new Hayabusa services between Tokyo and Shin-Aomori from 5 March 2011, initially operating at a maximum speed of 300 km/h. From 19 November 2011, a total of six E5 series trainsets were in operation, with sets also used on some Hayate and Yamabiko services. Hayate services operated coupled with E3 series Komachi services, and were limited to a maximum speed of 275 km/h. From the start of the revised timetable on 17 March 2012, E5 series sets were also introduced used on some Nasuno all-stations services. 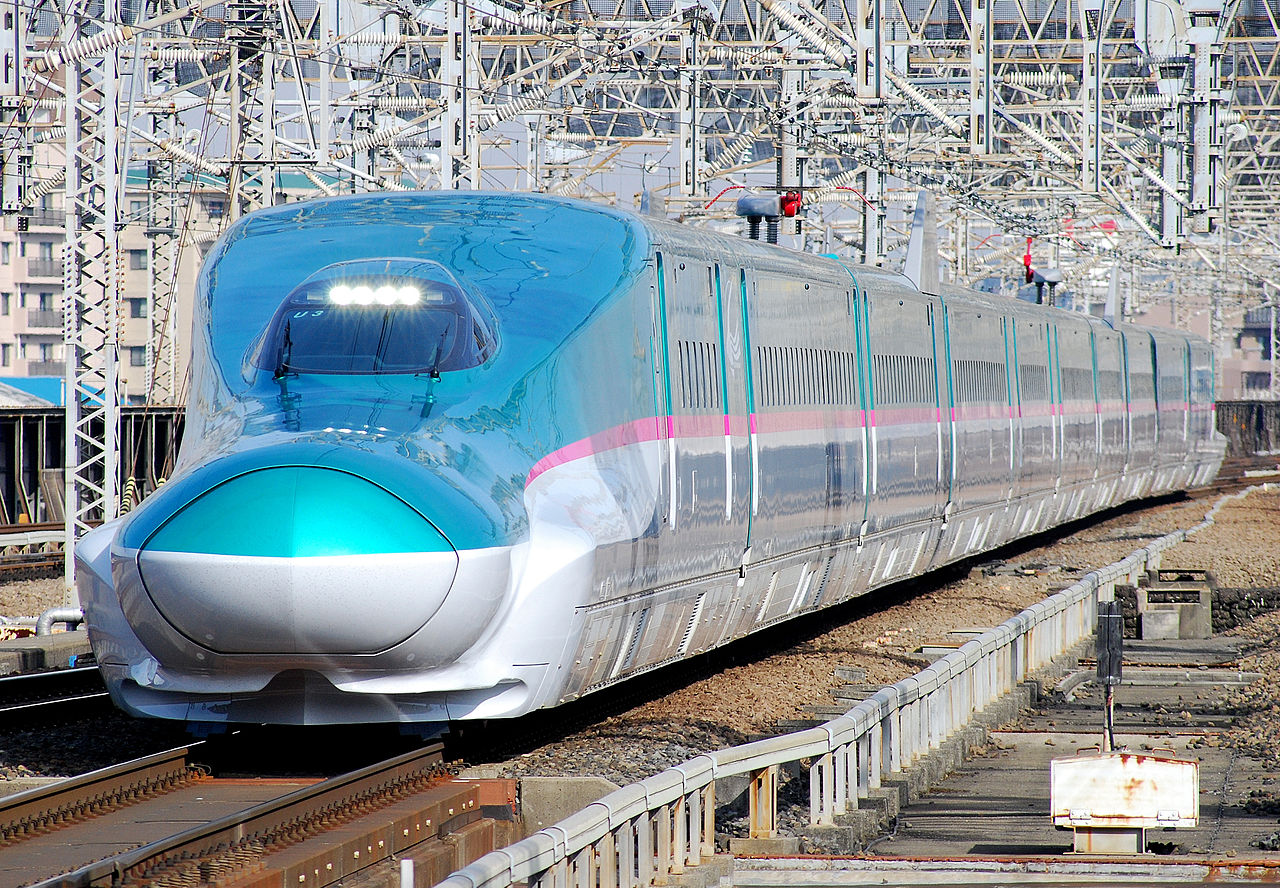